The show started later than the scheduled 8:00 pm. This was a wise decision on the part of host Chuck van Zyl. The Penn Relays had the entire campus area tied up in traffic. Delaying the start wasn't painful and it allowed the audience extra time to arrive.


After a brief introduction by Chuck, Tony kicked off the concert with electric guitar textures which were bathed in reverb and then looped. He was joined by John and Diane on various synthesizers. John also played an electronic stringed instrument which he built. It included strings, electric guitar pickups, a long spring, and a contact microphone. Processed and reverbed, this unique instrument helped transport the appreciative audience around the galaxy. Diane sings with a clear, vibrato-free voice which provides a wonderful counterpoint to the otherwise fully electronic soundscape. Although many themes were recognizable from their CDs and a significant amount of background material was played via sequencer, this was an improvised concert of the highest order.


A short intermission was followed by a second, though shorter set. But this was extended by an encore to reward the audience for their great appreciation. Space music concerts are inherently difficult to review due to the effect the music has on the heart, mind, and soul. But in combination with lighting, fog, and video effects provided by Echoes co-producer Jeff Towne, the music, if successful, takes the listener on a pleasant journey which must, after all, be experienced. If you can attend a Spacecraft concert or a Gathering, by all means treat yourself to such exquisite experiences. 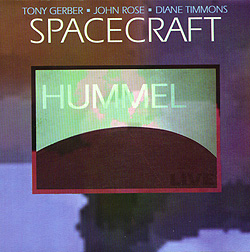 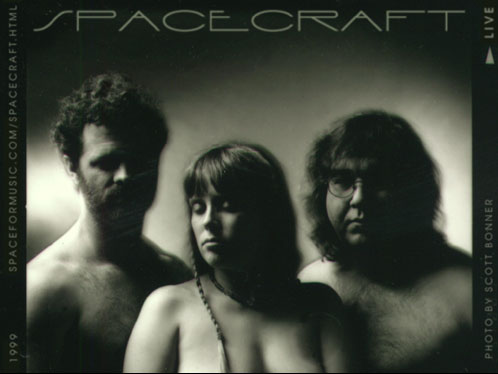 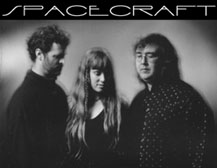